A fascinating insight into how the world might look in the future, from the 1960s, comes courtesy of veteran science editor Nigel Calder.
As editor of the New Scientist in 1964 Calder commissioned a hundred scientists to imagine the world 20 years hence. What ‘major technological revolutions’ might we see? Number one was “the revolution in information”, inspired by the British computing pioneer Maurice Wilkes, who turns 97 next month.

For the BBC three years later, the two mocked up what they called the World Box a networked computer, nicely illustrated here. It’s uncanny now to look at the resulting consequences from digital networks the boffins predicted. These included ubiquitous communnications and information services, government surveilliance, “world wide instantaneous reporting”, and “No more newspapers as we know them?”.

“The work of commercial and professional organisations will be transformed,” he predicted in 1969. There may be no very clear distinction between authors, scholars, publishers, librarians, television producers or anyone else who can be called an information mediator – but it will be their task to save mankind from drowning in its own information.”
Calder invites us to have a giggle, but really it’s not a bad list at all, and compared with the (cough) ‘futurists’ who have come and gone since, Calder and the participants did a good job. Alvin Toffler was repackaging these ideas, particularly mass amateurisation, many years later. As are thousands of Web 2.0 consultants today.
One aspect of the Intertubes that predictions from the 60s didn’t cover was the way in which the information networks would be used for exchanging media. Given the expense of core memory then, it was probably unimaginable. It needed the mass production of lots of cheap transistors before that became a possibility.
Also on the scientists’ list from the era was the possibility of climate control, globalisation (what’s called ‘footloose industries’), and longer life. These reflect an optimism and confidence in human technological progress quite absent today.

Then again, a couple of other items show some of the paranoia of the late 60’s too. There’s concern about “mind control” and “Loss of individuality by surgical implantation?”.
The blog is only a week old, but already looks like a splendid editor’s scrapbook, a place to while away some time. Have a look here. 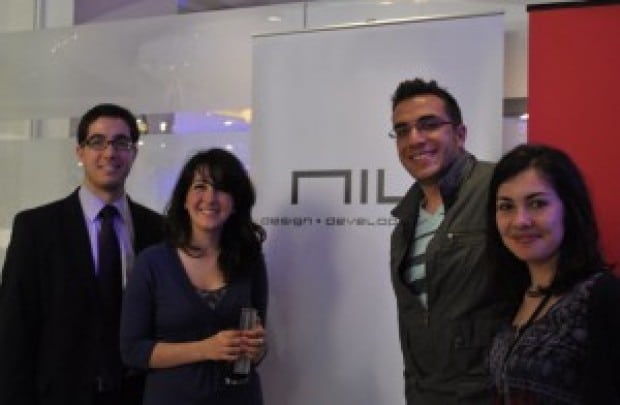